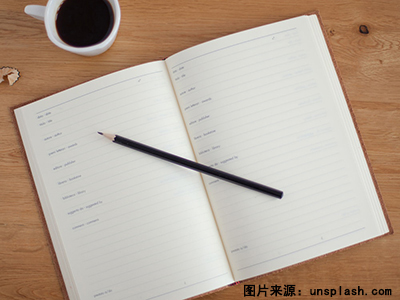 Passage 1 小说类
选自 Rohinton Mistry “A fine balance”
小说背景是一个叫m住寄宿学校的人，家附近修了条路通向他家开的商店。
文章内容：
自从m家附近修了路，经济得到了发展，每天都在变化。这使得他的爸爸一时接受不了这一变化。爸爸的脾气变的古怪，父子两个没有一天是不吵架的。而奇怪的是每次父亲写的信都充满了爱意与思念，一碰面却吵架。妈妈的说法是要理解爸爸对这种变化的不适应。
经济得到了发展，环境却不断恶化，比如泥石流，植被减少等问题。平时爸爸喜欢独自散步，在原始的生态环境里感受自然。他会抚摸枝干，坐在石头上看日落等。于是邻居便传言M的爸爸怪怪的：跟树木和石头说话。
M知道后即为父亲的行为感到羞愧，又为邻居的gossip感到愤怒。
点评：文章很好理解，题目难度适中。
原文：
Then the promised rewards began rolling up the road into the mountains. Lorries big as houses transported goods from the cities and fouled the air with their exhaust. Service stations and eating places sprouted along the routes to provide for the machines and their men. And developers began to build luxury hotels.
That year, when Maneck came home for the holidays, he was puzzled (and later alarmed) to discover his father perpetually irritable. They found it impossible to get through the day without Fine Balance 249 quarrelling, breaking into argument even in the presence of customers.
“What’s the matter with him?” Maneck asked his mother. “When I’m here, he ignores me or fights with me. When I’m at school, he writes letters saying how much he misses me.”
“You have to understand,” said Mrs. Kohlah, “people change when times change. It does not mean he doesn’t love you.”
For Mrs. Kohlah, this unhappy vacation would also be remembered as the one during which Maneck abandoned his habit of hugging his parents and whispering good morning. The first time that he came down and took his place silently, his mother waited with her back to the table till the pang of rejection had passed, before she would trust her hands with the hot frying pan. His father noticed nothing.
Stomach churning, Mr. Kohlah was absorbed in watching the growth of development in the hills. His friends and he agreed it was a malevolent growth. The possibility of increased business at the General Store was no consolation. All his senses were being assaulted by the invasion. The noxious exhaust from lorries was searing his nostrils, he told Mrs. Kohlah, and the ugly throbbing of their engines was ripping his eardrums to shreds.
Wherever he turned, he began to see the spread of shacks and shanties. It reminded him of the rapidity with which the mange had overtaken his favourite dog. The destitute encampments scratched away at the hillsides, the people drawn from every direction by stories of construction and wealth and employment. But the ranks of the jobless always exponentially outnumbered the jobs, and a hungry army sheltered permanently on the slopes. The forests were being devoured for firewood; bald patches materialized upon the body of the hills.
Then the seasons revolted. The rain, which used to make things grow and ripen, descended torrentially on the denuded hills, causing mudslides and avalanches. Snow, which had provided an ample blanket for the hills, turned skimpy. Even at the height of winter the cover was ragged and patchy.
Mr. Kohlah felt a perverse satisfaction at nature’s rebellion. It was a vindication of sorts: he was not alone in being appalled by Fine Balance 250 the hideous rape. But when the seasonal disorder continued year after year, he could take no comfort in it. The lighter the snow cover, the heavier was his heart.
Maneck said nothing, though he thought his father was being overly dramatic when he declared, “Taking a walk is like going into a war zone.”
Mrs. Kohlah had never been one for walking. “I prefer to enjoy the view from my kitchen,” she said whenever her husband invited her. “It’s less tiring.”
But for Mr. Kohlah, long, solitary rambles were the great pleasure of his life, especially after winter, when every outing was graced by delicious uncertainty—what lay round the next bend? A newborn rivulet, perhaps? Wildflowers he had not noticed yesterday? Among his more awesome memories was a mighty boulder riven by a shrub growing out of it. Sometimes he was the victim of a sweet ambush: a prospect of the valley from a hitherto unseen angle.
Nowadays, every stroll was like a deathwatch, to see what was still standing and what had been felled. Coming upon a favourite tree, he would stop under its branches a while before moving on. He would run his hand along the gnarled trunk, happy that an old friend had survived another day. Many of the rocky ledges that he used to sit on to watch the sunset had been removed by dynamite. When he did find one, he rested for a few minutes and wondered if it would be here for him the next time. Before long they began talking in town about him. “Mr. Kohlah’s screw is getting a little loose,” they said. “He speaks to trees and rocks, and pats them like they were his dogs.” When Maneck heard the gossip, he burned with shame, wishing his father would stop this embarrassing behaviour. He also boiled with anger, wishing to slap some sense into the ignorant, insensitive people. 原文：
"We, Too, Sing 'America'"
by Duke Ellington
First of all, I should like to extend my sincere appreciation to the Rev. Karl Downs for theopportunity to appear on this very fine program and express myself in a mannernot often at my disposal. Music is my business, my profession and my life …but, even though it means so much to me, I often feel that I’d like to have mysay, on some of the burning issues confronting us, in another language … inwords of mouth.
There is a good deal of talk in the world today. Some view that as a bad sign. One of the Persianpoets, lamenting the great activity of men’s tongues, cautioned them to besilent with the reminder that, “In much of your talking, thinking is halfmurdered.” This is true no doubt. Yet in the day when men are silent becausethey are afraid to speak, indeed, have been forbidden to speak, I view thevolubility of unrestricted with great satisfaction. Here in America, thesilence of Europe, silent that is except for the harsh echoes of the dictators’voices, has made us conscious of our privileges of free speech, and like thedumb suddenly given tongue, or the tongue-tied eased of restraint, we babbleand bay to beat the band. Singly, as individuals, we don’t say much ofconsequence perhaps, but put together, heard in chorus, the blustering half-truths,the lame and halting logic, the painfully sincere convictions of Joe and Mary Doaks … compose a powerfulsymphony, which like the small boy’s brave whistle in the dark, serves noticeon the hobgoblins that we are not asleep, not prey to unchallenged attack. And,so it is, with the idea in mind of adding my bit to the meaningful chorus, thatI address you briefly this evening.
I have been asked totake as the subject of my remarks the title of a very significant poem, “We,Too, Sing America,” written by the distinguished poet and author, LangstonHughes.
In the poem, Mr.Hughes argues the case for democratic recognition of the Negro on the basis ofthe Negro’s contribution to America, a contribution of labor, valor, andculture. One hears that argument repeated frequently in the Race press, fromthe pulpit and rostrum. America is reminded of the feats of Crispus Attucks,Peter Salem, Black armies in the Revolution, the War of 1812, the Civil War,the Spanish-American War, the World War. Further, forgetful America is remindedthat we sing without false notes, as borne out by the fact that there are norecords of Black traitors in the archives of American history. This is all welland good, but I believe it to be only half the story.
We play more than aminority role, in singing “America.” Although numerically but ten percent ofthe mammoth chorus that today, with an eye overseas, sings “America” withfervor and thanksgiving, I say our ten percent is the very heart of the chorus:the sopranos, so to speak, carrying the melody, the rhythm section of the band,the violins, pointing the way.
I contend that the Negro is the creative voice of America, is creative America, and it was a happyday in America when the first unhappy slave was landed on its shores. There, inour tortured induction into this “land of liberty,” we built its most gracefulcivilization. Its wealth, its flowering fields and handsome homes; its prettytraditions; its guarded leisure and its music, were all our creations. Westirred in our shackles and our unrest awakened Justice in the hearts of acourageous few, and we recreated in America the desire for true democracy,freedom for all, the brotherhood of man, principles on which the country hadbeen founded. We were freed and as before, we fought America’s wars, providedher labor, gave her music, kept alive her flickering conscience, prodded her ontoward the yet unachieved goal, democracy — until we became more than a part ofAmerica! We — this kicking, yelling, touchy, sensitive, scrupulously demandingminority — are the personification of the ideal begun by the Pilgrims almost350 years ago. It is our voice that sang “America” when America grew too lazy,satisfied and confident to sing … before the dark threats and fire-lined cloudsof destruction frightened it into a thin, panicky quaver.
We are more than a fewisolated instances of courage, valor, achievement. We’re the injection, theshot in the arm that has kept America and its forgotten principles alive in thefat and corrupt years intervening between our divine conception and our neartragic present.
Passage 3 社科类
选自Cullbum Robert等人的“The Effects of Marine Reserves in Adjecent Fisheries”
文章内容：
Marine Reserves越来越受到人们的关注，它不仅保护和促进finshing management，而且也丰富species diversity，在菲律宾的许多实例中也证实了上述观点。加勒比海的SMMA拥有35%carol reef fish grounds，提高了fish populations。许多人开始认为拥有Marine Reserves比那些没有拥有者更富足，包括年轻人也对此持积极的态度。
Passage 4 社科类
选自Joseph Stromberg的“The Book’s Vocabulary is Different if it was Written during Hard Economic Times”
文章内容：
如果未来考古学家无法从20世纪的文学中追溯人类文明，那么或许他们能从经济的顶峰和萧条时期获取惊奇的发现。英国的一个专栏中描述了literary misery index和economic misery index之间的关系，并通过图表形式进行了展现。美国和英国的情况截然相反。
在美国，文学与经济意见的关系紧密，1940年代是美国文学的萧条时期，紧跟30年代的经济大萧条之后。造成这十年之后的主要原因有两个：第一，写作需要大量的时间，大萧条时期无法出版；第二，小说由作者创造，而作者的儿时记忆与成年后的思想并不完全相符。
相比英国，文学与经济之间的联系并不是那么的明显，因为英国的作家在创作时时根据其周诶的环境来进行选词。
正如Bently所言：“Global rconomics is part of shared emotional experiences in the 20th century.”
Passage 5 科学类
科学双篇
第一篇 选自Publo G“ flora CO2 emission may indicate food abundance to nectar- feeding moth ”
第二篇 选自 Elia Ben Ari的演讲 “better communication through chemistry”
文章内容：
第一篇：
飞蛾有LPO关于CO2感受器，但是飞蛾如何利用它我们还不清楚。因此需要探究。
下面一项研究是关于C类飞蛾的。这类飞蛾雌雄的LPO大小是不一样的。磁性的更发达一些，因此科学家推测，雌性探测CO2水平高的植物说明植物新陈代谢高，更有活力，因此会在此产卵。
M类的飞蛾雌雄的LPO没有什么区别但进食的成年蛾子会更发达一些。因此科学家推断它们会寻找高CO2是为了更好的觅食，找nectar。
第二篇：
是以第一篇的研究继续研究。除了上篇的研究结果，还有飞蛾作为传粉者与花之间的interaction。
有一类D的花，会散发味道和高CO2在开花的时候。科学家发现M类的飞蛾会通过高浓度CO2来找到花。后续的研究发现M类的飞蛾不是知通过二氧化碳来寻找花还需要气味。但雌性缺看似随机。
后发现是因为雌性会将卵产在树叶上，所以雌性靠二氧化碳不仅用于觅食也用于产卵。
点评：实验过程清晰，两篇顺承的关系。题目多两篇文章中的共性问题，要仔细，难度不大。