Disproving oneself is a part of the life experience. Self-discovery and an answer to the question "Where do I belong in life?" are things we seek until the day we die. Until recently, my search for self-discovery was composed of an effort to find out where I belonged in life. I also sought an answer to the question: "To what culture do I belong?" At first I was not able to answer this question. Following a discussion in English class that concerned cultural assimilation in America I asked myself whether America, as it is claimed, does truly promote individualism. 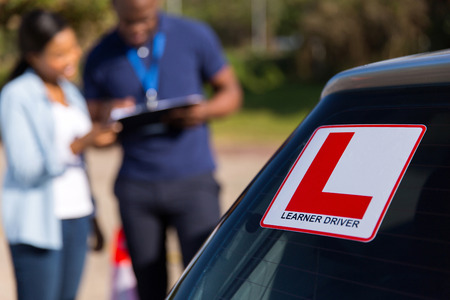 My bi-cultural experience began when my family immigrated to the United States from India. Nine years later I shared my struggle of being caught between two cultures with my eleventh-grade English class. We had been discussing an essay, "Does America Still Exist?" by Richard Rodriguez who believes that cultural assimilation exists in the United States. It saddens me that this process occurs without any celebration, as Rodriguez points out. Not celebrating assimilation creates the impression that America is allowing immigration solely because the economy needs it. While economic factors are the driving force behind any society, it must be acknowledged and celebrated that cultural diversity augments economic growth.

What bothers me is that Rodriguez seems to be overemphasizing the effects of cultural background in defining individuality. And because I live in America I feel as if I am being defined solely in cultural contexts. With this in mind, I began to wonder whether America is truly a place where individuality is valued. If cultural diversity is accepted, why are Americans still defined in relation to one another? Why are people being defined as diverse ... different ... from one another? This did not seem very individualistic to me. Surely, I concluded, if "Americans" are placed under a banner "People of Cultural Diversity," it is not very individualistic. Since it is widely accepted that America is a place where individualism is encouraged, I could not understand why "American" was defined as anything at all, much less as people who were different from one another. I mulled this over for some time and came to the temporary conclusion that America does not foster individuality.

Then I had a seemingly sudden change of heart. It was more like a revelation, really. I was selecting pictures from India to show my English class that gave examples of different aspects of Maharastrian Indian culture, such as marriage. I asked my mother to explain the pictures and how they exemplified Maharastrian customs. I was shocked how much I really had not known about my native culture and thrilled that I had immediate connections to learn more. For the first time in nine years I was able to see my cultural duality as a blessing, not a burden. I realized that if I was not in America I would not be able to share my heritage. I am able to pick and choose from different aspects of both cultures. Because of this, my individuality is more clearly defined. Hence, to me, America is a place where I can be an individual.

To what culture do I belong? I am not one hundred percent American and I am not one hundred percent Indian, so I cannot say I belong completely to one culture or the other. I can't say that I'm half and half because I don't know whether I am or not. Such a thing is impossible to quantify. I do not belong to any culture. I am of Indian heritage but I am much more than Indian. I am much more than a nationality. I am an individual who is willing to learn about all cultures and to incorporate from them the aspects that I wish. I am not American. I am not Indian. I am neither, yet both. I am an individual. I am me. ?