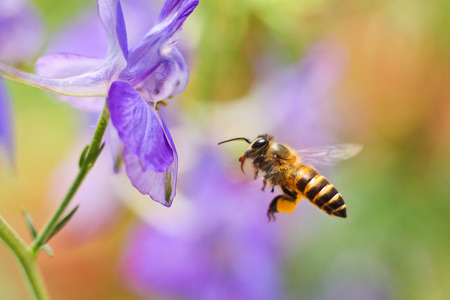 And here is the sentence we often forget: “And for the support of this Declaration,with a firm reliance on the protection of Divine Providence, we mutually pledge to each other our Lives, our Fortunes and our Sacred Honor.”

This, the very last sentence of the document, is what makes the better-remembered sent ence possible. One speaks of our rights. The other addresses our obligations. The freedoms we cherish are self-evident but not self-executing. The Founders pledge something “to each other,” the commonly overlooked clause in the Declaration’s final pronoun cement.

We find ourselves; 237 years after the Founders declared us a new nation, in a season of discontent, even surliness, about the experiment they launched. We are sharply divided over the very meaning of our founding documents, and we are more likely to invoke the word “we” in the context of “us versus them” than in the more capacious sense that includes every single American.

There are no quick fixes to our sense of disconnection, but there may be a way to restre our sense of what we owe each other across the lines of class, race, background — and, yes, politics and ideology.

Last week, the Aspen Institute gathered a politically diverse group of Americans under the banner of the “Franklin Project,” named after Ben, to declare a commitment to offering every American between the ages of 18 and 28 a chance to give a year of serviceto the country. The opportunities would include service in our armed forces but also time spent educating our fellow citizens, bringing them health care and preventive services, working with the least advantaged among us, and conserving our environment.

Service would not be compulsory, but it would be an expectation. And it just might become part of who we are.

The call for universal, voluntary service is being championed by retired U.S. Army Gen. Stanley McChrystal, in league with two of the country’s foremost advocates of the cause, John Bridgeland, who served in the George W. Bush administration, and Alan Khazei, co-founder of City Year, one of the nation’s most formidable volunteer groups.The trio testifies to the non-ideological and nonpartisan nature of this cause, as did a column last week endorsing the idea from Michael Gerson, my conservative Post colleague.

“We’ve a remarkable opportunity now,” McChrystal says, “to move with the American people away from an easy citizenship that does not ask something from every American yet asks a lot from a tiny few.” We do, indeed, owe something to our country, andwe owe an enormous debt to those who have done tour after tour in Iraq and Afghanistan.

McChrystal sees universal service as transformative. “It will change how we think

about America and how we think about ourselves,” he says. And as a former leader of an all-volunteer Army, he scoffs at the idea that giving young Americans a stipend while they serve amounts to “paid volunteerism,” the phrase typically invoked by critics of service programs. “If you try to rely on unpaid volunteerism,” he said, “then you limit the people who can do it. . . .I’d like the people from Scarsdale to be paid the same as the people from East L.A.”

There are real challenges here. Creating the estimated 1 million service slots required to make the prospect of service truly universal will take money, from government and private philanthropy. Service, as McChrystal says, cannot just be a nice thing that well-off kids do when they get out of college. It has to draw in the least advantaged young Americans. In the process, it could open new avenues for social mobility, some thing the military has done for so many in the past.

Who knows whether the universal expectation of service would change the country as much as Mc Chrystal hopes. But we have precious few institutions reminding us to join the Founders in pledging something to each other. We could begin by debating this proposal in a way that frees us from the poisonous assumption that even an idea involving service to others must be part of some hidden political agenda. The agenda here is entirely open. It’s based on the belief that certain unalienable rights entail

National Service should be called for.

In the wake of the prevalence of egoism among contemporary "rights-conscious" Americans who have tagged individual freedom and rights as entitled by their Creator,E.J. Dionne Jr. in his article, "A Call for National Service", contends that national service is the obligation of every single American. He effectively builds his argument by logically demonstrating tactical reasoning and persuasive devices and adeptly utilizing sarcastic diction to plead with the audience to take his side.

By referencing to authoritative source, E. J. Donnie Jr. in the first place builds a solid ground for his call for national service. Through quotation from one of the Founding Document, the Declaration of Independence, at the beginning of his argument, the uthor sets forth that the prerequisite of “our rights”, that is “all men are created equal”, is the fulfillment of our obligation to “pledge to each other our Lives, our Fortunes and our Sacred Honor”. It convinces the reader by logic reasoning that all the citizens should contribute to national service. Furthermore, reference to the founding document and the Founder touches the reader’s heartstring, arouses their national pride, and it helps to portray the national service deferential and compelling to the audience ready to dedicate them to the service.

Building upon the momentum generated from his reference to “Declaration of Independence”, the author continues successfully building the case for the call of services by quotation from a national figure. After paragraph seven, Donnie repeatedly quotes Stanley McChrystal’s speech, who used to be U.S. Army Four-Star general, the former com mander of Iraq and Afghanistan War, Person of theYear in Time. Thus, the reader can hardly doubt the duty of “citizenship”, the service programs. Moreover, after the direct quotation of such a veteran retired from the battle field of Iraq and Afghanistan, the author asserts that “we owe an enormous debt to those who have done tour after tour” in these two countries, appealing to the audience guilt toward the sacrifice of the soldiers and swaying them to his central claim that national service should be called for.

Apart from rational reasoning and strong support of quotations, rhetoric seals the deal in Donnie’s persuasion. Throughout the whole argument, he uses personal pronoun “we” to show the current circumstance among American citizens, endearing to the audience by counting himself in the same group with them. In paragraph four, the utilization of this ordinary pronoun places the cherry on the top of his argument. He contrasts the common “we” with the “we” containing “every single American” and emphasizes the former with quotation marks. This punctuation bearing irony aids in evincing the distance between the reader’s behaviors and the idea of founding documents and also alarming them their “unavoidable responsibility”.

Writing as a creation to his disappointment that national service reserves to be the constant mission of organizations rather than citizen themselves, E.J. Dionne Jr. argues that the service is a part of citizenship. He builds this claim by appealing to logos, influential quotations and skillful sarcasm.