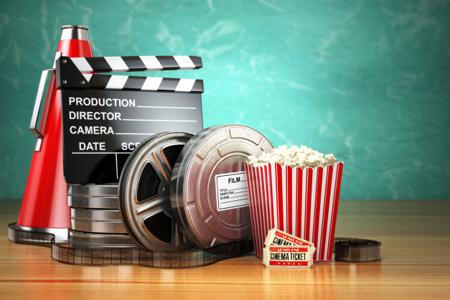 The life of a wily Pakistani electrician

Another man might have thrown up his hands-but not Nawabdin. The daughters acted as a spur to his genius, and he looked with satisfaction in the mirror each morning at the face of a warrior going out to do battle. Nawab of course knew that he must proliferate his sources of revenue-the salary he received from K. K. Harouni for tending the tube wells would not even begin to suffice. He set up a one-room flour mill, run off a condemned electric motor-condemned by him. He tried his hand at fish-farming in a pond at the edge of one of his master's fields. He bought broken radios, fixed them, and resold them. He did not demur even when asked to fix watches, although that enterprise did spectacularly badly, and earned him more kicks than kudos, for no watch he took apart ever kept time again.

K. K. Harouni lived mostly in Lahore and rarely visited his farms. Whenever the old man did visit, Nawab would place himself night and day at the door leading from the servants' sitting area into the walled grove of ancient banyan trees where the old farmhouse stood. Grizzled, his peculiar aviator glasses bent and smudged, Nawab tended the household machinery, the air-conditioners, water heaters, refrigerators, and pumps, like an engineer tending the boilers on a foundering steamer in an Atlantic gale. By his superhuman efforts, he almost managed to maintain K. K. Harouni in the same mechanical cocoon, cooled and bathed and lighted and fed, that the landowner enjoyed in Lahore.

Harouni, of course, became familiar with this ubiquitous man, who not only accompanied him on his tours of inspection but could be found morning and night standing on the master bed rewiring the light fixture or poking at the water heater in the bathroom. Finally, one evening at teatime, gauging the psychological moment, Nawab asked if he might say a word. The landowner, who was cheerfully filing his nails in front of a crackling rosewood fire, told him to go ahead.

"Sir, as you know, your lands stretch from here to the Indus, and on these lands are fully seventeen tube wells, and to tend these seventeen tube wells there is but one man, me, your servant. In your service I have earned these gray hairs"-here he bowed his head to show the gray-"and now I cannot fulfill my duties as I should. Enough, sir, enough. I beg you, forgive me my weakness. Better a darkened house and proud hunger within than disgrace in the light of day. Release me, I ask you, I beg you."

The old man, well accustomed to these sorts of speeches, though not usually this florid, filed away at his nails and waited for the breeze to stop.

"Matter, sir? Oh, what could be the matter in your service? I've eaten your salt for all my years. But, sir, on the bicycle now, with my old legs, and with the many injuries I've received when heavy machinery fell on me-I cannot any longer bicycle about like a bridegroom from farm to farm, as I could when I first had the good fortune to enter your service. I beg you, sir, let me go."

"And what is the solution?" Harouni asked, seeing that they had come to the crux. He didn't particularly care one way or the other, except that it touched on his comfort-a matter of great interest to him.

"Well, sir, if I had a motorcycle, then I could somehow limp along, at least until I train up some younger man."

The crops that year had been good, Harouni felt expansive in front of the fire, and so, much to the disgust of the farm managers, Nawab received a brand-new motorcycle, a Honda 70. He even managed to extract an allowance for gasoline.

The motorcycle increased his status, gave him weight, so that people began calling him Uncle and asking his opinion on world affairs, about which he knew absolutely nothing. He could now range farther, doing much wider business. Best of all, now he could spend every night with his wife, who early in the marriage had begged to live not in Nawab's quarters in the village but with her family in Firoza, near the only girls' school in the area. A long straight road ran from the canal headworks near Firoza all the way to the Indus, through the heart of the K. K. Harouni lands. The road ran on the bed of an old highway built when these lands lay within a princely state. Some hundred and fifty years ago, one of the princes had ridden that way, going to a wedding or a funeral in this remote district, felt hot, and ordered that rosewood trees be planted to shade the passersby. Within a few hours, he forgot that he had given the order, and in a few dozen years he in turn was forgotten, but these trees still stood, enormous now, some of them dead and looming without bark, white and leafless. Nawab would fly down this road on his new machine, with bags and streamers hanging from every knob and brace, so that the bike, when he hit a bump, seemed to be flapping numerous small vestigial wings; and with his grinning face, as he rolled up to whichever tube well needed servicing, with his ears almost blown off, he shone with the speed of his arrival.