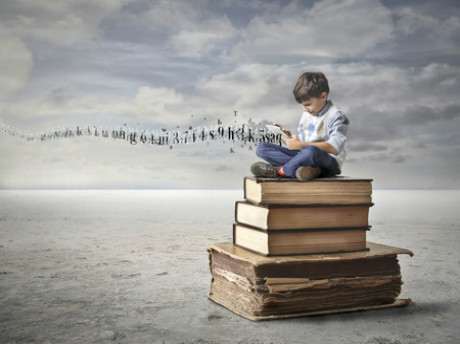 Sculptures, bestowed with native people’s wisdom, practice and cultural stamp, should be preserved in appropriate places so as to maintain their integrity. In the article “The Lovely Stones” editorial for Conde Nast Digital, Christopher Hitchens argues that the sculptures of the Parthenon should be returned to its origin, Greece. By the end of this piece, readers will find themselves nodding in agreement with what the Hitchens has to say. Hitchens utilizes contrast, historical event, analogy and appeal to emotion to plead with the readers to take his side.

In order to expose the people’s maltreatment toward the Parthenon, Hitchens starts his article off by employing a sharp contrast. Hitchens first quotes A. W. Lawrence’s remark of the Parthenon, “it is the one building in the world which may be assessed as absolutely right.” Quoting words of praise from an authoritative figure enhances Hitchens’s intention to depict the beauty and glamor of the Parthenon, lending more credibility to his argument. Later, in the second paragraph, Hitchens points out that the beauty and glamor did not deter people’s abuse, destruction and mutilation. To demonstrate this, Hitchens illustrates the Parthenon has been misused as garrison, arsenal and so on. By juxtaposing the fabulous beauty to the destruction of the Parthenon, Hitchens unfolds the harsh fact that the significance of the Parthenon has been ignored. This contrast serves as a vehicle to highlight the irony and gravity of people’s maltreatment toward the Parthenon, drawing the readers into the issue addressed by the writing.

Hitchens strengthens his argument with the portrayal of historical event. In the third paragraph, Hitchens demonstrates that some parts of the Parthenon were occupied by the British people in the 19th century. To present the exquisite sculpture comprehensively, Hitchens first notes that three elements of the Parthenon contribute to its outstanding position in human history — two massive pediments, a series of 92 high-relief panels and frieze. furthermore, the use of detailed image and statistics leads readers to imagine the wonder of the Parthenon. However, such wonder has been destroyed as parts of the sculpture have been carried away and preserved in British government. With the help of historical events, Hitchens successfully enhances the credibility and legitimacy of his claim, creating a compelling appeal to ethos.

In addition, the utilization of analogy furthers Hitchens’ argument that the sculpture of the Parthenon should not be preserved by different museums. Hitchens adopts several classic forms of arts to highlights the significance of the integrity of art. Hitchens notes that “If the Mona Lisa had been sawed in two during the Napoleonic Wars and the separated halves had been acquired by different museums in, say, St. Petersburg and Lisbon, would there not be a general wish to see what they might look like if re-united?”. Similarly, Hitchens compares the destroyed Parthenon to the goddess Iris as well as the torso of Poseidon. As the assumptions of divided “Mona Lisa” , “goddess Iris” and “the torso of Poseidon” are grotesque, the separate parts of the Parthenon are also ridiculous. Therefore, the analogy adds more power to Hitchens’ s claim that the integrity of the Parthenon should be preserved in Greece.

Finally, Hitchens appeals to readers’ emotion. Hitchens indicates that although the city did not attach much importance upon the protection of the Parthenon in the past, “the Greeks have been living up to their responsibilities”. Harboring a positive attitude, the Acropolis Museum tries to exhibit the integrity of the Parthenon. This practice surely motivates readers’ longing to witness the marvel of the integral Parthenon. At the end of the passage, the readers will definitely agree with Hitchens’s claim that the sculpture of the Parthenon should be returned to its original land. This is a strategy of appeal to pathos, forcing the readers to face an emotionally- charged inquiry that will spur some kind of response.

In conclusion, contrast, historical events, analogy and appeal to emotion, all contribute to an exceptionally well-written argument. It is his utilization of these practices and more that make this article worthy of recognition.