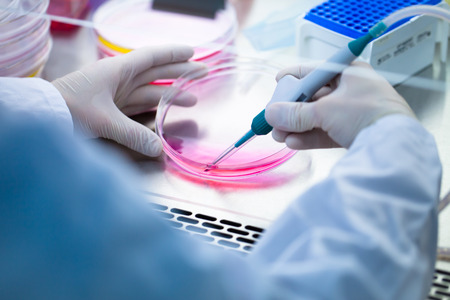 flippant ADJ./轻率的，没礼貌的，嬉皮笑脸的/lacking proper seriousness. When Mark told Mona he loved her, she dismissed his earnest declaration with a flippant "Oh, you say that to all the girls!" flippancy, N.

flit V./掠过/fly; dart lightly; pass swiftly by. Like a bee flitting from flower to flower, Rose flitted from one boyfriend to the next.

floe N./浮殡冰块;大浮冰/mass of floating ice. The ship made slow progress as it battered its way through the ice floes.

flora N./植物志/plants of a region or era. Because she was a botanist, she spent most of her time studying the flora of the desert.

florid ADJ./华丽的;红润的/ruddy; reddish; flowery. If you go to Florida and get a sunburn, your complexion will look florid.

flounder V./挣扎，辗转;困难地奋斗/struggle and thrash about; proceed clumsily or falter. Up to his knees in the bog, Floyd floundered about, trying to regain his footing. Bewildered by the new software, Flo floundered until Jan showed her how to get started.

flout V./轻视;嘲笑;愚弄/reject; mock. The headstrong youth flouted all authority; he refused to be curbed.

fluctuate V./波动的;起伏的，摇摆不定的/waver; shift. The water pressure in our shower fluctuates wildly; you start rinsing yourself off with a trickle, and, two minutes later, a blast of water nearly knocks you down.

fluency N./(语言)流利/smoothness of speech. He spoke French with fluency and ease.

fluke N./意外;小概率事件/unlikely occurrence; stroke of fortune. When Dou- glas defeated Tyson for the heavyweight championship, some sportscasters dismissed his victory as a fluke.

fluster V./使混乱，使迷惑/confuse. The teacher's sudden question flus­tered him and he stammered his reply.

flux N./变迁;流动/flowing; series of changes. While conditions are in such a state of flux, I do not wish to commit myself too deeply in this affair.

fodder N./粗饲料;饲养/coarse food for cattle, horses, etc. One of Nancy's chores at the ranch was to put fresh supplies of fodder in the horses' stalls.

foible N./缺点;弱点/weakness; slight fault. We can overlook the foibles of our friends; no one is perfect.

foliage N./树叶/masses of leaves. Every autumn before the leaves fell he promised himself he would drive through New England to admire the colorful fall foliage.

foment V./鼓动，煽动/stir up; instigate. Cheryl's archenemy Heather spread some nasty rumors that fomented trouble in the club. Do you think Cheryl's foe meant to foment such discord?

foolhardy ADJ./愚勇的;傻大胆儿/rash. Don't be foolhardy. Get the advice of experienced people before undertaking this venture.

fop N./花花公子;过分注意衣着的男人/dandy; man excessively concerned with his clothes. People who dismissed young Mizrahi as a fop feltchagrined whenhe turned into one of the top fashion designers of his day. foppish,ADJ.

forbearance N./耐心/patience. We must use forbearance in dealing with him because he is still weak from his illness.

ford N./津;浅滩/place where a river can be crossed on foot. Rather than risk using the shaky rope bridge, David walked a half­mile downstream until he came to the nearest ford.alsoV.

forebears N./前人;祖先/ancestors. Reverence for one's forebears (sometimes referred to as ancestor worship) plays an important part in many Oriental cultures.

foreboding N./不详的预感/premonition of evil. Suspecting no conspira­cies against him, Caesar gently ridiculed his wife's forebod­ings about the Ides of March.

forensic ADJ./法院的;适于法庭的/suitable to debate or courts of law. In her best forensic manner, the lawyer addressed the jury. foren­SiCS, N.

foreshadowV./预言;预测/give an indication beforehand; portend; pre­figure. In retrospect, political analysts realized that Yeltsin's defiance of the attempted coup foreshadowed his emer­gence as the dominant figure of the new Russian republic.

foresight N./洞察力/ability to foresee future happenings; pru­dence. A wise investor, she had the foresight to buy land just before the current real estate boom.

forestall V./预防/prevent by taking action in advance. By setting up a prenuptial agreement, the prospective bride and groom hoped to forestall any potential arguments about money in the event of a divorce.

forgo V./放弃/give up; do without. Determined to lose weight for the summer, Ida decided to forgo dessert until she could fit into a size eight again.

forlorn ADJ./孤苦的，凄凉的/sad and lonely; wretched. Deserted by her big sisters and her friends, the forlorn child sat sadly on the steps awaiting their return.

formality N./仪式;礼节/ceremonious quality; something done just for form's sake. The president received the visiting heads of state with due formality: flags waving, honor guards stand­ing at attention, anthems sounding at full blast. Signing this petition is a mere formality; it does not obligate you in any way.

formidable ADJ./威胁的，险恶的/menacing; threatening. We must not treat the battle lightly for we are facing a formidable foe.

forsake V./放弃/desert; abandon; renounce. No one expected Foster to forsake his wife and children and run off with another woman.

forswear V./放弃/renounce; abandon. The captured knight could escape death only if he agreed to forswear Christian­ity and embrace Islam as the one true faith.

forte N./强项，特殊才能/strong point or special talent. I am not eager to play this rather serious role, for my forte is comedy.

forthright ADJ./坦率的;豪爽的/outspoken; straightforward; frank. Never afraid to call a spade a spade, she was perhaps too forth­rightto be a successful party politician.

fortitude N./勇敢的/bravery; courage. He was awarded the medal for his fortitude in the battle.

fortuitous ADJ./偶然的/accidental; by chance. Though he pre­tended their encounter was fortuitous, he'd actually been hanging around her usual haunts for the past two weeks, hoping she'd turn up.

forum N./论坛/place of assembly to discuss public concerns; meeting for discussion. The film opens with a shot of the ancient Forum in Rome, where several senators are dis­cussing the strange new sect known as Christians. At the end of the movie, its director presided over a forum examin­ing new fashions in filmmaking.

foster V./养育，培养;鼓励/rear; encourage. According to the legend, Romu­lus and Remus were fostered by a she-wolf who raised the abandoned infants with her own cubs. alsoADJ.

founder N./创办人/person who establishes (an organization, busi­ness). Among those drowned when the Titanic sank was the founder of the Abraham & Straus department store.

fracas N./争吵;混战/brawl, melee. The military police stopped the fra­cas in the bar and arrested the belligerents.

franchise N./公民权;营业执照/right granted by authority; right to vote; busi­ness licensed to sell a product in a particular territory. The city issued a franchise to the company to operate surface transit lines on the streets for ninety-nine years. For most of American history women lacked the right to vote: not until the early twentieth century was the franchise granted to women. Stan owns a Carvel's ice cream franchise in Chinatown.

frantic ADJ./狂乱/wild. At the time of the collision, many people became frantic with fear.

fraternize V./友善/associate in a friendly way. After the game, the members of the two teams fraternized as cheerfully as if they had never been rivals.

fraught ADJ./满的/filled. Since this enterprise is fraught with danger, I will ask for volunteers who are willing to assume the risks.

fray N./争吵/brawl. The three musketeers were in the thick of the fray.

frenetic ADJ./发狂的/frenzied; frantic. His frenetic activities con­vinced us that he had no organized plan of operation.

frenzied ADJ./狂乱的/madly excited. As soon as they smelled smoke, the frenzied animals milled about in their cages.

fresco N./壁画/painting on plaster (usually fresh). The cathedral is visited by many tourists who wish to admire the frescoes by Giotto.

fret V./被激怒/to be annoyed or vexed. To fret over your poor grades is foolish; instead, decide to work harder in the future.

friction N./摩擦/clash in opinion; rubbing against. At this time when harmony is essential, we cannot afford to have any friction in our group.

frigid ADJ./刺骨寒/intensely cold. Alaska is in the frigid zone.

frivolous ADJ./轻佻的;嬉皮笑脸的/lacking in seriousness; self-indulgently care­free; relatively unimportant. Though Nancy enjoyed Bill's frivolous, lighthearted companionship, she sometimes won­dered whether he could ever be serious. frivolity, N.

frolicsome ADJ./闹着玩的;嬉戏的/prankish; gay. The frolicsome puppy tried to lick the face of its master.

frond N./棕榈叶;蕨叶/fern leaf; palm or banana leaf. After the storm the beach was littered with the fronds of palm trees.

fruition N./享用;成就;实现/bearing of fruit; fulfillment; realization. This building marks the fruition of all our aspirations and years of hard work.

frustrate V./阻碍;挫败/thwart; defeat. We must frustrate this dictator's plan to seize control of the government.

fugitive ADJ./短暂的，易变的;流动的/fleeting or transitory; roving. The film brought a few fugitive images to her mind, but on the whole it made no lasting impression upon her.

fulcrum N./(杠杆的)支点/support on which a lever rests. If we use this stone as a fulcrum and the crowbar as a lever, we may be able to move this boulder.

fulsome ADJ./过分的/disgustingly excessive. His fulsome praise of the dictator revolted his listeners.

fundamentalV./基本的，基础的/basic; primary; essential. The committee discussed all sorts of side issues without ever getting down to addressing the fundamental problem.

furlough N./休假/leave of absence; vacation granted a soldier or civil servant. Dreaming of her loved ones back in the States, the young soldier could hardly wait for her upcom­ing furlough.

furor N./非常激动/frenzy; great excitement. The story of her embez­zlement of the funds created a furor on the Stock Exchange.

furtive ADJ./隐秘的;偷偷摸摸，鬼祟/stealthy; sneaky. Noticing the furtive glance the customer gave the diamond bracelet on the counter, the jeweler wondered whether he had a potential shoplifter on his hands.

fusion N./熔合;熔接/union; coalition. The opponents of the political party in power organized a fusion of disgruntled groups and became an important element in the election.

futile ADJ./没出息;无望，没效果的/useless; hopeless; ineffectual. It is futile for me to try to get any work done around here while the telephone is ringing every thirty seconds. futility, N.

gadfly N./牛蝇;招人烦的人/animal-biting fly; an irritating person. Like a gad­fly, he irritated all the guests at the hotel; within forty-eight hours, everyone regarded him as an annoying busybody.

gaffe N./失态;出丑/social blunder. According to Miss Manners, to call your husband by your lover's name is worse than a mere gaffe; it is a tactical mistake.